2021-22 Columbus Blue Jackets Preview: A new look for the boys in blue 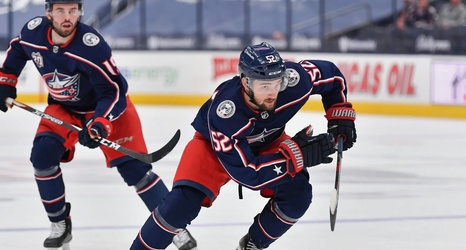 For the Columbus Blue Jackets, the 2021-22 season is an opportunity to shed their stagnating regular season performances, compete seriously for a cup, and maybe (just maybe) achieve the success the team has been building for. With a head coaching change from John Tortorella to former assistant coach Brad Larsen, the Blue Jackets are saying all the right things about how they’re ready to be competitive with their new look behind the bench. The Blue Jackets are at a crossroads with their on-ice identity — and they’ll have two opportunities during the regular season to show what they’re made of against the San Jose Sharks.