Sharks: What We Learned In Game 4 Win Over Kings 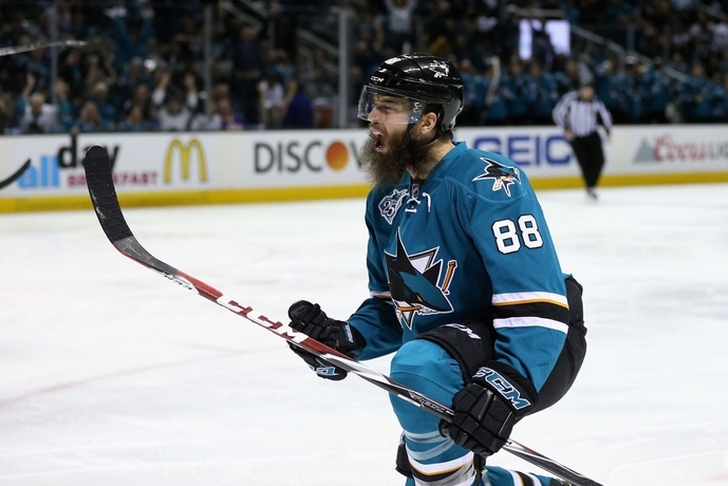 The San Jose Sharks came out on top in yet another NHL playoff matchup decided by one goal, defeating the Los Angeles Kings 3-2 on Wednesday to go up 3-1 in the series. They will now head back to Staples Center trying to close out the series in five games.

What did we learn about Pete DeBoer's Sharks in the win?

They have not lost their power play edge
After going 0-for-5 on power plays to start the series, San Jose did not squander its chances in Game 4, netting all three of its goals in these situations. The Sharks led the NHL in power play goals during the regular season with 62, and tied for second in power play percentage (22.6). They appear to have rediscovered their magic skating with a man up.

They know how to grind out tough games
The Sharks looked like they were finally going to cruise to a comfortable victory on Wednesday, but the Kings scored twice within a four-minute span in the third period to get back within striking distance. With the match on the line, the Sharks stepped up their physicality on the defensive end, led by Marc-Eduoard Vlasic (five blocked shots). Against a team known for its brute strength, the Sharks were able to grind out the W.

Brent Burns can be a quality NHL defenseman
Specifically, the Wookiee does not need to sacrifice defense in order to be a contributor on offense. According to Fear the Fin, Burns spent almost 95 percent of his shift time in the defensive zone at even strength, meaning he was on lock-down duties for most of the match. His goal and assist stand out in the box score, but his work on the Kings' forwards is what really deserves praise.

Follow our San Jose Sharks page for all the latest Sharks news!