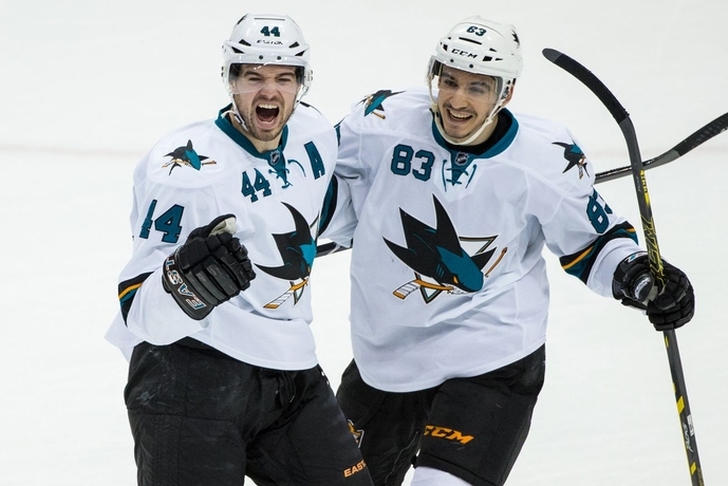 The San Jose Sharks are on the brink of the 2016 NHL playoffs, having only one regular season game left on schedule. Their postseason opponent has yet to be determined, but a likely first-round foe has emerged. In addition, it appears a pair of key players will soon be returning from the injury ward.

Below are the best and latest Sharks news and rumors.

Vlasic and Nieto nearing returns
The Sharks will soon be getting back two of their top defensemen. Marc-Eduoard Vlasic (right knee) and Matt Nieto (left hand) are recovering nicely from their respective injuries, and should be good to go for the team's playoff opener. Vlasic could even be back in time for Saturday's season finale opposite the Coyotes, though head coach Pete DeBoer will likely take a cautious approach. Coincidentally, Vlasic and Nieto were both injured the last time the Sharks played Arizona (March 17).

San Jose destined to play the Ducks?
The Los Angeles Kings defeated the Anaheim Ducks on Thursday, moving the Sharks one step closer to a first-round matchup with the latter. The Kings are now two points ahead of the Ducks in the standings, and own the tiebreaker with their SoCal rival by way of a wins advantage (46 to 41). Strangely, starting the postseason on the road could play in the Sharks' favor, as they have been one of the better road teams in the NHL in 2015-16. San Jose is 1-3 against Anaheim this season.

Follow our San Jose Sharks news page for all the latest.