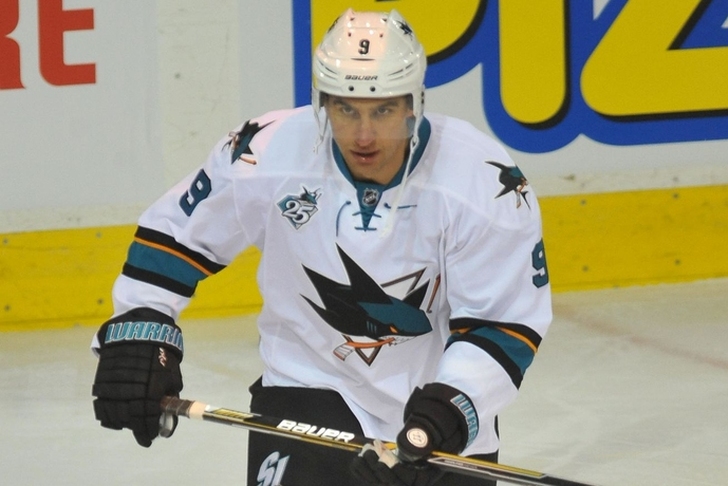 The San Jose Sharks took down the Los Angeles Kings in a Game 1 thriller, but they have a lot of work left to do if they hope to advance in the 2016 Stanley Cup Playoffs. Here are the latest news and rumors on the team heading into Game 2 on Saturday -- a contest that could see some adjustments from Pete DeBoer's squad.

Changes coming for fourth line?
No major lineup moves are coming in Game 2, but DeBoer thought the Sharks' fourth line underachieved compared to L.A.'s in their first meeting. With that in mind, Dainius Zubrus and/or Michael Haley could both see action, with Chris Tierney, Tommy Wingels and/or Nick Spaling taking a seat.

Sharks ready to bite back
Or hit back, but you get the picture. The Kings combined for 68 hits in Game 1, including 10 in the first three minutes, to set the tone early. But while L.A. is more known for its physical style of play, San Jose has no problem countering their brute force.

"I think we have a lot of guys that can give it back. We expect that from them," Sharks defenseman Brent Burns said to the Mercury News.

New goaltender is male model
And a successful one, at that. Lithuanian goaltender Mantas Armalis, who recently signed an entry-level deal with the team, has modeled for Versace in Milan. His Instagram alone shows just how photogenic he is, even if he never sees any ice time at the SAP Center.

Follow our San Jose Sharks page for all the latest Sharks news and rumors!