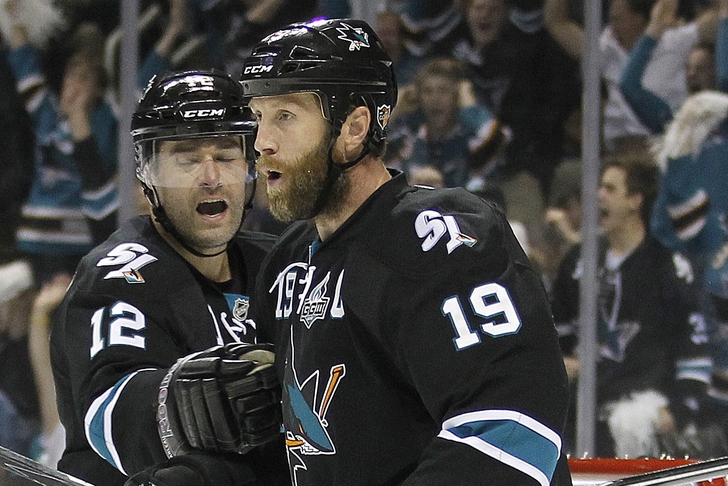 Neither Joe Thornton or Patrick Marleau have been asked by the San Jose Sharks to waive their no-trade clauses in advance of Monday's NHL trade deadline, per reports by David Pollak of the Bay Area News Group:

Can confirm report by @KatieStrangESPN that #SJSharks have not asked Joe Thornton to waive his no-trade clause.

And Marleau says #SJSharks have not asked him to waive NTC. He wouldn't speculate on his response if he wasn't wanted here.

The San Jose Sharks failed to secure a home win in the month of February and now find themselves on the outside looking into the Western Conference playoff field with 19 games remaining.

However, the Sharks don't appear ready to blow things up quite yet. In fact, the players asked coach Todd McClellan for some time away from the ice on Saturday morning to hold a players-only meeting in hopes of regrouping for the stretch run ahead.