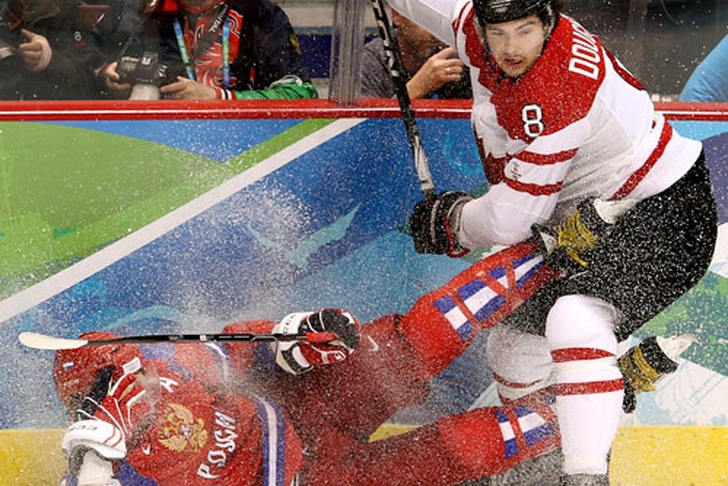 The big moves just keep on coming for Doug Wilson. Today he signed recently acquired star Brent Burns to a five year $28.8 million extension ($5,760,00 cap hit). That’s a cap hit raise of over $2 million, and Burns hasn’t even played his first game in a Sharks uniform yet.

There’s no doubt Burns has tremendous talent, but he has yet to play at his full potential. Yahoo’s Sam McCraig ranked Burns as the NHL’s 7th best Dman for the upcoming season—talk about crazy. How McCraig managed to rate Burns higher than Kris Letang (23), Marc Staal (20), Dustin Byfuglien (19), and even teammate Dan Boyle (17), I have no idea. But with Boyle, the Sharks top blue liner, now 35, Burns will have to be ready to take on the number one role on a playoff caliber team.

While his cap hit is certainly reasonable, Burns still has some problems that should give Doug Wilson and Sharks fans cause for serious concern. The first is his defensive play. Burns was a right wing in the OHL until he went pro in 2003, when he was switched to D by then Wild coach Jacques Lemaire and has a tendency to take huge risks, something the Sharks should be trying to avoid. Over the past three seasons he was a combined -32. Hopefully those numbers are the result of playing on a mediocre Minnesota team, and not of Burn’s inability to play well in his own zone.

The second issue is far more dangerous for the Sharks. At 26, Burns has already had shoulder surgery and two concussions. As someone who plays a high intensity, high speed and hard hitting game, Burns will risk sustaining another concussion. Between the 08-09 and 09-10 seasons Burns only played in 106 contests, because of injuries. And in those games he only managed to score a lousy 11 goals and was -22.

Hopefully Burns can build on his all star year and avoid serious injuries, especially another concussion. If he can do that, this will turn out to be a great deal for the Sharks, who will have two dominant offensive threats from the blue line for at least the next three seasons.

*As for the Doughty speculation—the Kings would be fools if they let their 21 year old defensive anchor get away. Even if Dean Lombardi starts to lose confidence in the talks, based on the big contracts given to midlevel players this offseason, the asking price for Doughty would be astronomical. So unless Wilson is willing to part with some stars of his own (like Clowe, Pavelski, or Couture--and most likely more than one) or dump cap space and make an extraordinary offer—there’s no chance Doughty becomes a Shark.