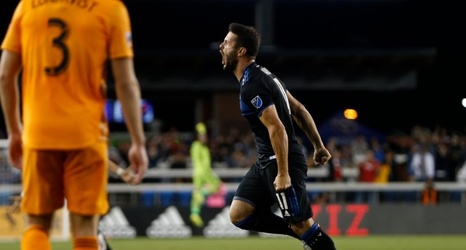 CARSON — Valeri Qazaishvili and Danny Hoesen scored goals three minutes apart in the second half as the visiting San Jose Earthquakes dominated the run of play and rallied for a 3-1 California Classico victory over the Los Angeles Galaxy in Carson.

Jackson Yueill added the finishing touch with a goal in the 85th minute as San Jose won for the fourth time in its past five games and improved to 6-1-2 going back to May 18. The Earthquakes took 32 shots (16 on target), while the Galaxy had just five shots (one on target).

Rolf Feltscher scored a goal for the Galaxy, who have lost two of their last three games, with both defeats coming against the Earthquakes in a span of 14 days.