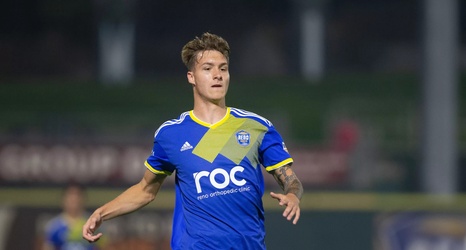 The San Jose Earthquakes announced Tuesday they’ve signed forward Benji Kikanovic ahead of the 2021 season, on a one-year deal with club options through 2024.

The 21-year-old joins San Jose after a season with Reno 1868 FC, which went out of business this offseason.

“Benji has been on our radar for several years and we’re happy he’ll be joining the first team,” said Earthquakes general manager Jesse Fioranelli in a team statement. “He is a player that we thought very highly of in college and we were impressed by his transition to the professional game last year.