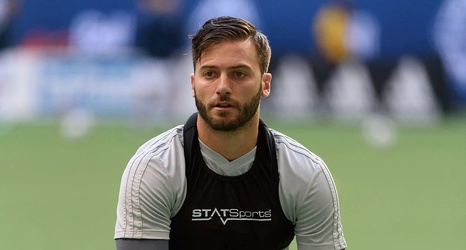 The San Jose Earthquakes announced Tuesday they have re-signed goalkeeper Matt Bersano on a one-year contract.

The 28-year-old returns for his fifth season with the club, all as a backup. In fact, he’s yet to make a competitive appearance for the Quakes. However, he’s been a steady presence on loan in the USL Championship during his San Jose tenure, playing three of the last four seasons with Reno 1868 FC.

You may wonder why Bersano was signed, since the Earthquakes already have three goalkeepers under contract: JT Marcinkowski, Daniel Vega and Emi Ochoa. It’s almost certainly because the Quakes expect Marcinkowski to be on international duty one or several times in 2021, and in that situation, the club likely wants an experienced backup.