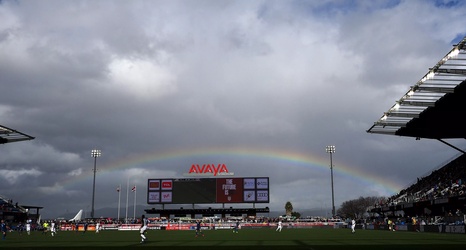 On April 11, 2015, an Earthquake struck 2.5 miles north of Downtown San Jose with its epicenter at 1123 Coleman Ave. Earthquakes in Northern California are not a rare occurrence, and they hit at unexpected times, but this tremor was different. This Earthquake had been building for almost two decades and everyone in this location that night knew precisely when the quake was coming. The seismograph that caught the ground movement has the official, albeit colorless, USGS designation of J068_NC_01 and it sits at Avaya Stadium home of the San Jose Earthquakes. The movement it caught was not a shift of the San Andreas Fault but the excited jumps of 18,000 jubilant fans celebrating a Sanna Nyassi 75th-minute goal against Vancouver Whitecaps in a spring match in the South Bay.