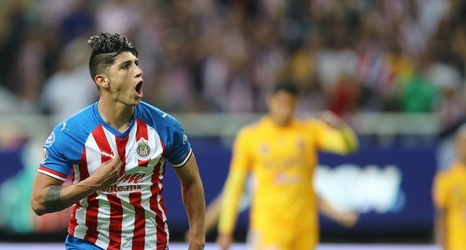 The Earthquakes already employ the top goal scorer in MLS history, and they’re looking to add another top scorer from Mexico’s Liga MX.

Chivas Guadalajara’s Alan Pulido, the league’s leading goal scorer so far this season, is reportedly interested in coming to San Jose, thanks to an old friend of his.

Quakes head coach Matias Almeyda managed Pulido from 2016 through 2018 during his stint with Chivas, leading the club to a league title, a cup win and a CONCACAF Champions League title.

According to a report from Spanish-language TUDN, the Quakes would pay a $10 million fee to Chivas in order to secure Pulido in a transfer.