San Jose Earthquakes coach not a fan of Yankee Stadium — for soccer, at least 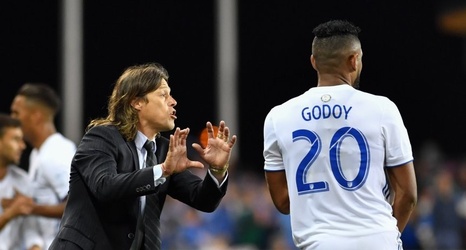 NEW YORK — Yankee Stadium is a baseball park first. But it also is home to a Major League Soccer team — and the smallest and narrowest field in the league.

Matías Almeyda, the internationally known coach of the San Jose Earthquakes, had some interesting things to say about this after his team’s 2-1 loss to New York City FC on Saturday.

“My way of viewing football — and I have experienced it in different parts of the world — I think that’s a point they should have in consideration because there’s regulations for measurements.