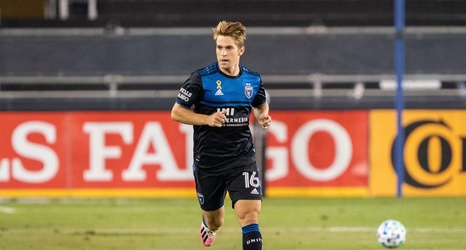 Jack Skahan was one of two 2020 MLS draft picks who were signed by the San Jose Earthquakes. The first selection of the second round out of the University of North Carolina - Chapel Hill, Skahan was invited to the preseason trip to Cancun and quickly won a pro deal with the Quakes.

He was sent on loan for the Reno 1868 FC season opener, starting as a defensive midfielder and also scoring a goal in a 3-1 win.

Of course, the USL Championship and MLS seasons shut down days later and everyone went on ice for a few months, but that finish showed Skahan had a nose for goal.