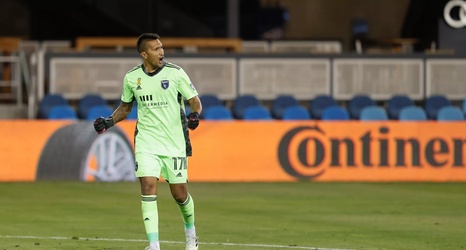 Daniel Vega was once again the No. 1 goalkeeper to start the season for the San Jose Earthquakes. By far the most experienced GK on the roster, the Argentine, now 36, was clearly trusted by head coach Matias Almeyda, and after he was the lock-down starter in 2019, he was back in the saddle again.

There’s no doubt Vega had good moments along the way, but after a bumpy debut season in MLS, it didn’t get much better in 2020 in terms of performance and results.

In 2019, San Jose conceded 55 goals, which was sixth-worst in the Western Conference, not great but not an outlier.