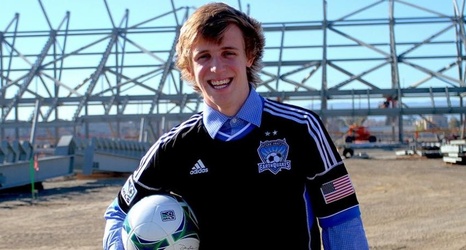 THIS WEEK IN EARTHQUAKES HISTORY

A look back on important moments in Earthquakes history that took place during the week of Jan. 21 - 27

The San Jose Earthquakes signed midfielder Tommy Thompson as the club's first Homegrown Player on Jan. 22, 2014. During his five seasons with the team, 2017 was a stand-out season for the youngster. Thompson achieved many career-high accomplishments in 2017: his first goal for the club, four assists, 16 starts and 1,534 minutes played.