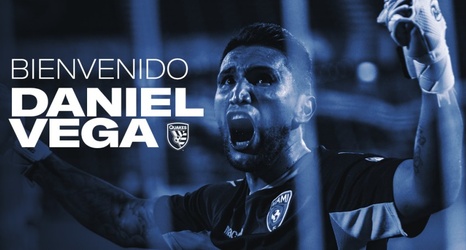 SAN JOSE, Calif. – The San Jose Earthquakes announced today that the club has signed veteran goalkeeper Daniel Vega. He comes to San Jose with experience from his native Argentina, Cyprus and the United States. Vega speaks both English and Spanish.

“Daniel is an experienced goalkeeper that has proven to be very trustworthy for his clubs,” said Earthquakes head coach Matias Almeyda. “I’m excited that he’ll be a part of our team.”

Vega, 34, began his professional career in 2004 with Argentina’s Nueva Chicago, where he played for three years before signing with powerhouse River Plate.