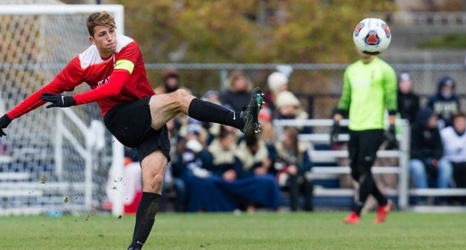 SAN JOSE, Calif. – The San Jose Earthquakes selected Seattle University defender Nathan Aune in the third round (No. 50 overall) and then passed in the fourth round of the 2019 MLS SuperDraft on Monday morning. Aune will have to be signed to an MLS contract before being placed on the Quakes’ roster.

San Jose selected three players in the first two rounds of the SuperDraft in Chicago on Friday, including Aune’s Seattle University teammate Sergio Rivas. The third and fourth rounds were conducted via conference call.

“Nathan is a physically-strong center back that shows potential and a solid presence on defense,” said Earthquakes general manager Jesse Fioranelli.