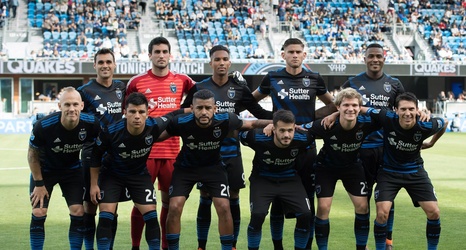 The San Jose Earthquakes remain winless in eight games of the local return to play phase of the 2020 MLS regular season, after falling 5-0 to the Colorado Rapids at Dick’s Sporting Goods Park Wednesday.

The Earthquakes were not great in the first half but were in the game, only down 1-0, before the dam absolutely collapsed once more and the defense was worked over again and again, in a sight becoming sadly repetitive.

Matias Almeyda didn’t make a ton of changes to his lineup. Cade Cowell and Tommy Thompson returned to the XI, and Carlos Fierro retained his place, while Tanner Beason and Florian Jungwirth started together at central defense again with the injury crisis among the rest of the center backs.