Lori Loughlin ‘didn’t have anything to do with’ creating Olivia Jade’s fake rowing resume, friend claims 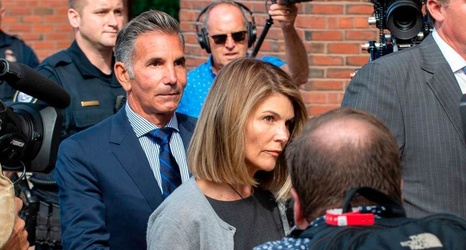 Lori Loughlin and her husband Mossimo Giannulli claim that they knew nothing about a falsified athletic resume that prosecutors say was used to help their daughter, Olivia Jade Giannulli, gain admission to the University of Southern California, People magazine reported.

Prosecutors released the resume in court filings this week, apparently to hit back at Loughlin and Giannulli’s attempts to portray themselves as innocent pawns in a criminal mastermind’s scheme to earn $500,000 by getting their two daughters, Olivia Jade, 20, and Isabella, admitted to USC. .

The resume falsely boasts about the rowing accomplishments of one of the couple’s daughters, saying that she was a “highly talented,” award-winning crew athlete, even though it’s believed she never participated in the sport.