How a rainbow-colored armband led to a soccer riot 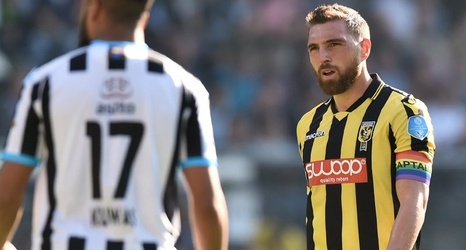 SAN JOSE — A year ago, soccer player Guram Kashia lied in bed filled with fear and anxiety while facing social media threats, denouncements, political commentary and protests from a small pocket of people in the Republic of Georgia.

Why had the gesture of wearing a rainbow-colored armband to support gay rights caused such rancor in his native land?

“I never expected having a captain band on the arm could bring so much hate and aggression,” said Kashia, a veteran defender who signed with the Earthquakes this summer.

Now the fallout has led Europe’s soccer governing body UEFA to honor the central defender with its inaugural #EqualGame award.