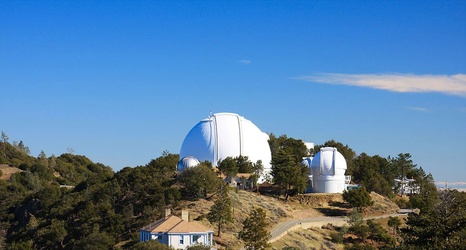 Behind door number twenty of our San Jose Earthquakes advent calendar is another south bay icon, this has been perched high on a mountain for 130 years: Lick Observatory.

Anyone that has spent any time in San Jose surely has seen the enormous white globes sitting atop Mount Hamilton, but many may not know of its astronomical history. Lick Observatory has been functioning since the late 19th century and in that time has contributed much to the field of astronomy. One of its earliest discoveries was the fifth moon of Jupiter, found in 1892 with its 36-inch refracting telescope, then the largest of its kind in the world.