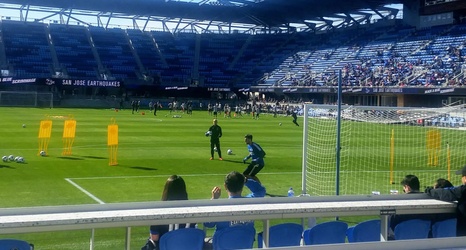 To finish off the second week of our San Jose Earthquakes advent calendar we have one of the most misunderstood parts of Avaya Stadium: the longest outdoor bar in North America, or LOBINA for short. As someone who enjoys an adult beverage or two during matches, I was excited when this part of the stadium was announced. Then the team announced it again. And again. It was announced so much by the front office that by the time the first match was played at Avaya Stadium it was difficult to tell if they were more proud of the stadium, the team or the bar.