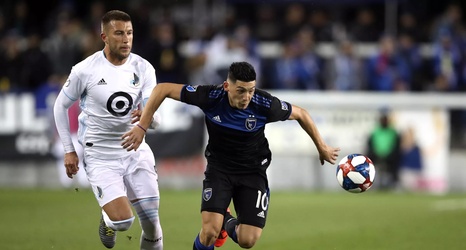 Listen – it’s been a tough start to the 2019 San Jose Earthquakes season. The Quakes have been outscored 4-1 and are staring down the barrel of an 0-2-0 record ahead of going on the road to play the New York Red Bulls, a side that on paper has far more quality than either the Montreal Impact or Minnesota United FC.

Instead of focusing on what isn’t, I want to take a look at a player who’s shown positives in his first 180 MLS minutes with San Jose. Cristian Espinoza is a solid attacking player on a club that has struggled to score in its first two games.