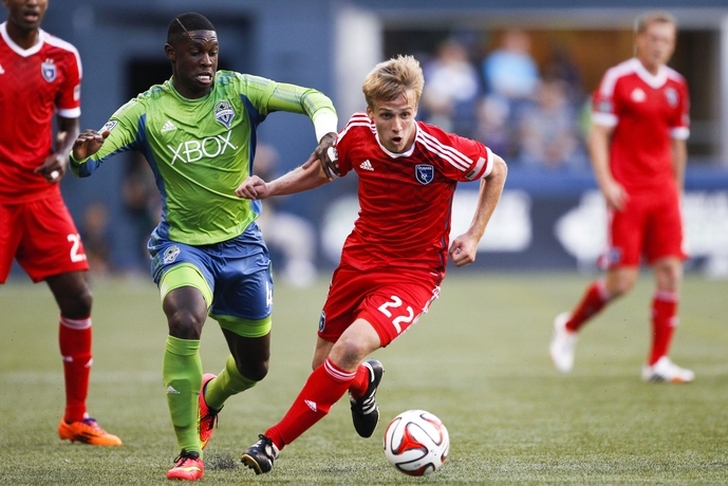 The San Jose Earthquakes (2-2-1) are one-third of the way through their busiest stretch of the MLS season, drawing FC Dallas on Saturday with matches against the New York Red Bulls and Portland Timbers coming in the next week.

While a win would have been nice, the Quakes took away plenty of positives from the 2-2 tie. Meanwhile, a young San Jose native is beginning to carve out a niche on his hometown team.

Dallas Draw Disappointing, But Not All Bad
The Quakes looked the part of the superior team on Saturday, controlling the pace and never trailing against then-first place FC Dallas. Unfortunately, a penalty kick and own-goal evened the score in a road match that could have been theirs. Rather than get down on the outcome, however, San Jose is seeing the silver lining.

"Overall, I’m happy with the points," head coach Dominic Kinnear said after the game. "It’s a tough place to play and a good team. I thought we had some real good moments.”

Little Tommy Thompson Playing Big
The Quakes will lean on their entire roster in their stretch of three games in eight days, opening up minutes for several young talents including midfielder Tommy Thompson. Elliot Almond of the Mercury News wrote a feature on Thompson before the Dallas match, spotlighting the homegrown midfielder's tireless work ethic and increased physicality -- 10 pounds of added muscle, to be exact -- in his third year. While Thompson is still awaiting his first MLS goal, he should find himself with increased opportunities moving forward.