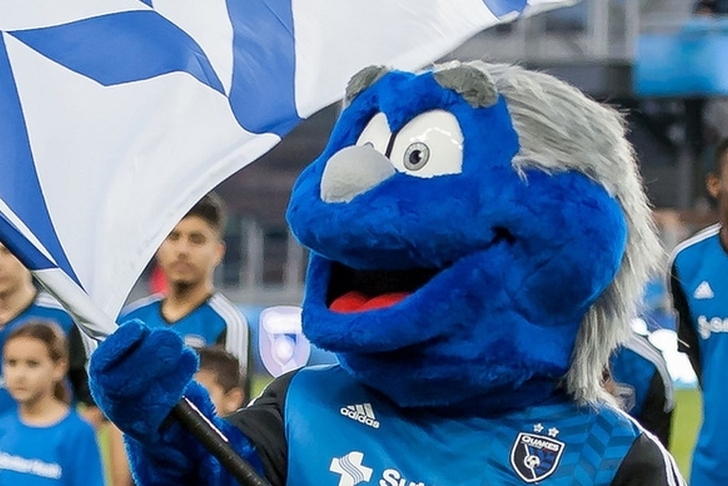 The MLS has its winner of the Mascot Mania challenge, a bracket to determine the top mascot in the MLS. The fan-voted winner this year is the San Jose Earthquakes' mascot Q.

Q, whose full name is Quakesadus Mascotacus, took over in 2004. Q might be best known as the mascot who didn't back down from David Beckham. The video of that is embedded below.

.@QMascot backs down from no one.

VOTE for our fearless leader in the @MLS Mascot Mania: https://t.co/0q5zJzHuvp pic.twitter.com/dEvEMj9KFS

The voters picked Kingston, the mascot of Orlando City. Q garnered 65 percent of the final round vote. Over 770,000 people voted in the bracket. According to the official release, the votes from those outside of California are what helped Q win.