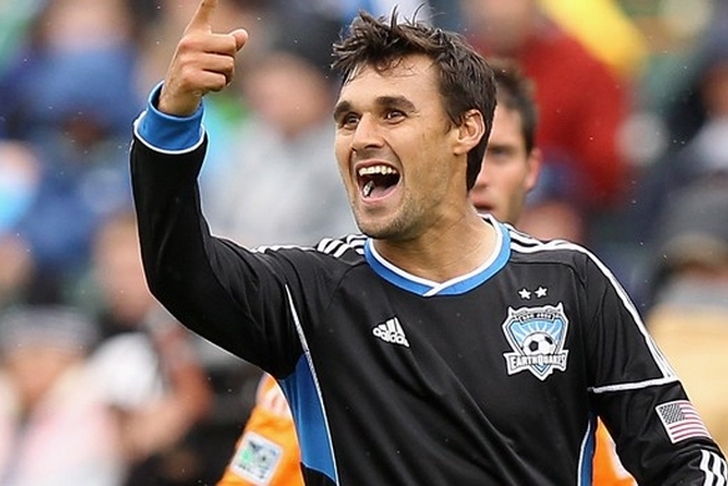 Chris Wondolowski is on a torrid goal-scoring pace to start the 2016 MLS season. The San Jose Earthquakes forward has found the back of the net six times in seven matches for the 3-2-2 Quakes, pushing him further up the all-time leaderboard for pro soccer in America.

What records could the Danville, Calif. native realistically topple before he hangs up his cleats? Let's take a look, with stats courtesy of the Earthquakes official site.

3) Road Goals
Wondo is only four goals away from former Quakes star Landon Donovan, the all-time leader with 62 goals scored on opposing fields. He scored his 58th road goal against the New York Red Bulls on April 13, moving him past Jeff Cunningham for second on the all-time list.

2) Game-Winning Goals
Wondo is also four behind Donovan for the most game-winning goals all-time, having scored 37 in 236 career games, but trails Cunningham (40) on this list as well. While the USMNT standout may not catch either men this season, he should be within striking range sometime in the next couple of years.

1) Most Goals In This Decade
Since 2010, Wondo has scored 33 goals more than any other player in MLS (108). Robbie Keane has the second-most in that span with 75, but Wondolowski surpassed 100 before the 2015 season wrapped up. While he is likely to slow down in the latter half of this decade -- the Quakes star is currently 33 years old -- expect him to finish with between 150-200 scores before he retires, well ahead of the rest of the field.