Three Player Options for the Giants at the Trade Deadline 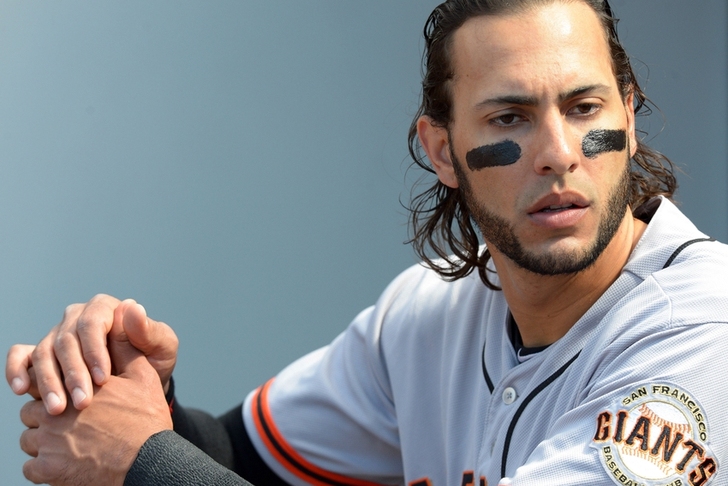 Less than a week away from the MLB trade deadline the San Francisco Giants are looking make a couple of roster moves to keep them within striking distance of a NL West clinch or a wildcard berth.

The Giants can only hope the outfield is done developing injuries for the rest of the season.The club has dealt with multiple injuries such as rightfielder Hunter Pence who returned just before the All-Star break after being placed on the DL for tendanicitis in right wrist. Already his return has impacted the teams bat production. As Nori Aoki works his way back into the lineup the outfield looks set as good as it once was and acquiring an outfielder before the trade deadline is not as imperitive as many thought it would be.

Michael Morse is a very realistic option for San Francisco. Since his departure in the offseason, Morse has struggled batting only .211/.268/.316. Since being replaced by Junstin Bour, Morse has spent most of his time in left field due to the recent injury of Giancarlo Stanton. Once Stanton returns from it is not likley Morse will find his name on the linup card.

If the Giants do decide to acquire Morse he will not only bring power to the line-up but he will additionally provide an energy piece that was prominent in the dugout in 2014.

Its unlikley Morse will see much action as a starter in the outfield, but his bat will surely be called upon in late innings to spark up the Giants offense.

Chapman would be a great addition for any team making a run for postseason, but 11.8 million is pricey for a relief pitcher even if your fastball is clocked at 103. A fastball over 100 is cool, but even 95-98 will do the job if you have two other pitches.

Francisco Rodriguez is a realistic option that will give the Giant's bullpen a taste of consistency.

There aren't many pitchers who have better closing performances than K-Rod. In the first half he has earned 15 saves while posting a 1.00 ERA, not to mention striking out 32 batters in just 27 innings.

I can't stand the closing situation in San Francisco right now. Currently the Giants are putting the fate of the ballgame into the hands of a player who last year forced Manager Bruce Bochey to enforce a team rule where pitchers can no longer run hard to first base, because Casilla pulled hamstring after his one at bat of the season. Don't even get me started on Romo...

The Giants need a closer.

A pitcher who can make it through five innings.

San Francisco's starting rotation is due for a tune up. Madison Bumgarnder and Chris Heston have been glue holding the pitching staff together. It's time to say goodbye to Tim Lincecum, Ryan Vogelsong and Tim Hudson and say hello to reliable starters.

The return of Jake Peavy and Matt Cain will help minimize the damage that has occured on the mound this season, but it would be wise if San Francisco acquired a starter, at least until the prospects in San Jose are ready to step up to the Big's.

Jon Hyman of CBS sports reported that San Francisco is interested in acquiring Mike Leake before the deadline.  The former first-round pick has a career 3.94 ERA and has been a back-of-the-rotation guy for most of his career, but can be a No. 2 or No. 3 pitcher in most rotations.

Leake's overall numbers, mainly his 4.08 ERA, are hurt by a pair of ugly starts and a couple of not-so-good outings. However, he has a strong track record, so a bad start here and there isn't a cause for concern.

So far this season Leake has pitched just over 128 innings in 20 games started. According to Fangraphs.com only nine pitchers get a higher percentage of ground balls than Leake (52.8), this will play well in a talented infield like San Francisco's.

In past years, the Giants have never been a team to grab the "big target players" before trade deadline. If there is an addition to the clubhouse it will most likely be on the mound.  Back to the San Francisco Giants Newsfeed
18 shares Share on FB Share on Twitter