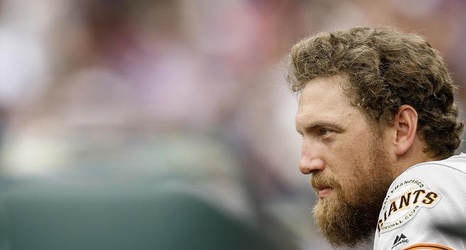 MLB teams could play a shortened schedule this season for the first time since 1995 due to the coronavirus pandemic. That doesn't mean you should question the eventual champion, according to Hunter Pence.

The Giants outfielder said he won't on his Instagram Story on Tuesday night. No matter how long the season lasts, Pence thinks the World Series winners will be worthy of lifting the Commissioner's Trophy.

"By the way, no matter how many games we have this year, if you win the World Series, you're a champion," the two-time World Series champion said.