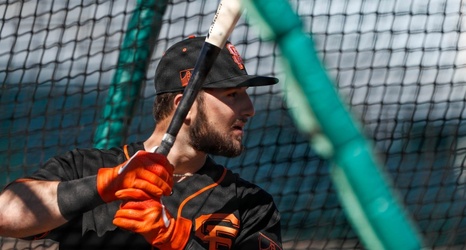 SCOTTSDALE, Ariz. — Regardless of what Joey Bart accomplished this spring, there was little doubt the Giants’ top prospect would open the season in the minor leagues.

Despite going 7-for-16, posting a 1.401 OPS and hitting two home runs in Cactus League play, Bart couldn’t change the minds of the team’s top decision-makers.

The Giants announced Tuesday that Bart and infielder Cristhian Adames have been reassigned to minor league camp while reliever Enderson Franco and outfielder Joe McCarthy were optioned to Triple-A Sacramento.

Bart was in uniform and in the clubhouse on Tuesday prior to the team’s Cactus League matchup with the Chicago Cubs, but he was informed of the team’s decision prior to the Giants’ morning workout.