When will you see the Giants’ trade deadline acquisitions in the majors? 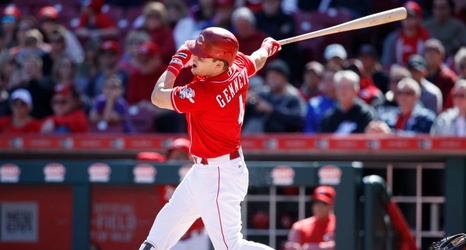 DENVER — Farhan Zaidi’s first trade deadline with the Giants proved to be his most hectic day on the job.

The first-year president of baseball operations executed five different deadline deals, acquiring eight players including six prospects who will begin their careers with the Giants in the minor leagues.

The Giants subtracted three veteran relievers — Sam Dyson, Mark Melancon and Drew Pomeranz– off their 25-man roster roster in trades, but they weren’t a true “seller” as they hung onto ace Madison Bumgarner and acquired 2018 All-Star second baseman Scooter Gennett.

Gennett is expected to join the Giants Friday in Denver as the team opens a three-game set against the Colorado Rockies.