What’s the matter with Will Smith? 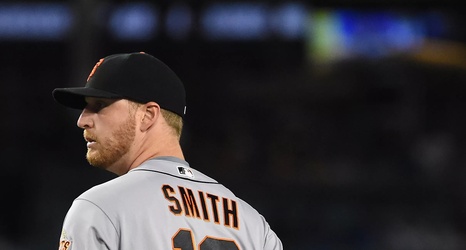 Going into the 2019 season, the prognosticators told us the bullpen of the San Francisco Giants would be good—and believe it or not, they were right! By fWAR, the Giants have the third-best bullpen in the National League, just behind the St. Louis Cardinals and San Diego Padres.

And no one has been better among Giants relievers than #EliteCloser Will Smith. So far this season, Smith has put up numbers worthy of a top prospect in a trade his All-Star selection: 54.2 IP, 79 K, 5.27 K/BB, 1.