What role will outfielder Austin Slater play on the 2020 Giants? 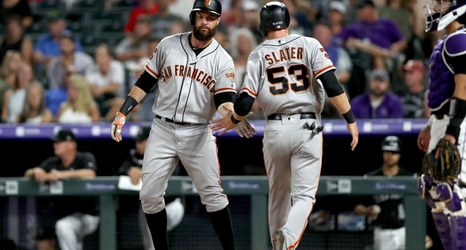 Austin Slater has had an up-and-down career with the San Francisco Giants since he first debuted in 2017. Despite implementing swing changes prior to the 2019 season, his results remained mixed.

Throughout his career, the Stanford University product has produced a .254/.335/.368 line (91 OPS+) with nine home runs and 60 RBI in 544 plate appearances. That is not the type of production that usually lends itself to a corner outfield role.

His peripheral stats have some red flags as well. On a positive note, Slater has posted a 9.1 percent walk rate, but that is paired with a very high 28.