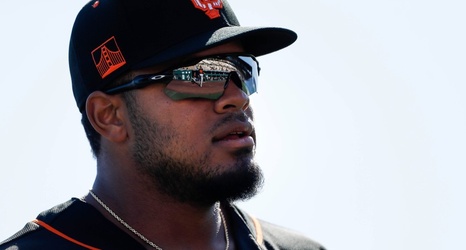 SCOTTSDALE, Ariz. — Heliot Ramos isn’t in major league camp this spring, but the San Francisco Giants’ No. 2 prospect found his way into a major league game on Friday.

The Giants’ 2017 first round draft pick opened the night with a strikeout, but followed it up with a solid at-bat as he drilled a RBI single up the middle in his second plate appearance.

In the bottom of the sixth, Ramos stepped to the plate and blasted a two-run home run off reliever Carlos Estévez out to the left center field berm at Scottsdale Stadium.