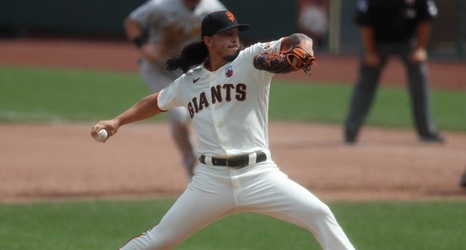 SAN FRANCISCO — Two years after Dereck Rodríguez burst onto the major league scene with a sensational rookie season, his time with the San Francisco Giants is up.

The Giants announced Wednesday that Rodríguez was cut to clear a roster spot for outfielder Joey Rickard, who joins the team ahead of a matchup with Los Angeles Dodgers ace Clayton Kershaw. To open a spot for Rickard on the Giants’ 28-man roster, the club optioned reliever Shaun Anderson to the Sacramento alternate site.