Tuesday BP: This is a Joc Pederson (and Luis González) appreciation post 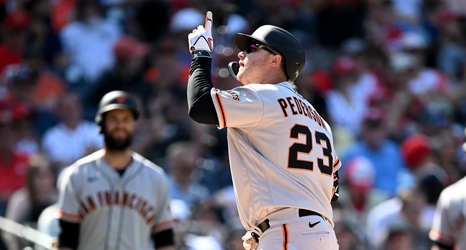 If you’d told me even a year ago that I would be writing a morning post like this, I would have called you a dirty liar. Though I’ve slowly been adjusting to the amount of former Dodgers players and other folks are in the current San Francisco Giants organization, Pederson was always someone I particularly loathed (in the baseball rivalry sense, I don’t know the guy, he seems swell). Like, it wasn’t quite Justin Turner-levels of despising, but it was close. But the guy’s from the Bay Area, so I decided I’d give him a chance.