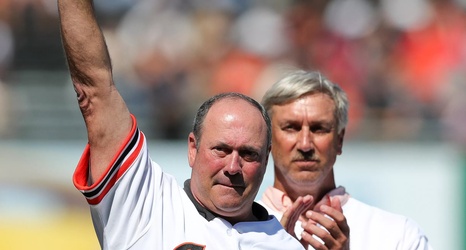 Even though the MLB season is in hiatus, like most of the world, we are still getting some San Francisco Giants content.

I enjoyed reading a piece by Grant Bisbee of The Athletic. He looks back at a potential trade that was rumored to be in the works back in 1988.

It would’ve been a blockbuster between the Giants and New York Yankees centered around Will Clark and Don Mattingly.

Bisbee refers back to a story written by the great Peter Gammons after the 1988 season, which Sam Miller of ESPN shared on Twitter:

Brisbee does a nice job of breaking down what the ripple effect would’ve been had the trade went through.