Three Reasons Hunter Pence could be next SF Giants manager 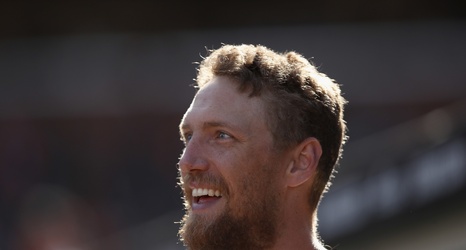 Retired SF Giants player Hunter Pence throws a signed ball to a fan from a boat in McCovey Cove outside the Stadium during the game between the San Francisco Giants and the San Diego Padres at Oracle Park on September 27, 2020 in San Francisco, California. (Photo by Lachlan Cunningham/Getty Images)

While things are looking up, there’s a lot of uncertainty surrounding the SF Giants going forward. If things stall out, Hunter Pence would be a logical pick to be the team’s next manager.

The 2020 season was the first time the SF GIants did not have Bruce Bochy as manager since 2006.