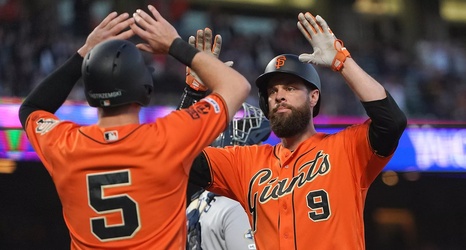 There was no 2020 MLB All-Star Game, which cost a handful of San Francisco Giants a chance at an All-Star appearance. But the best players on the Giants are still getting their recognition.

The league recently announced the nominees for the All-MLB team. While All-League is a common award in many other leagues, it’s just the second year that MLB has gone that route. No Giants made the inaugural team in 2019, but three are nominated for the 2020 team: Brandon Belt, Donovan Solano, and Mike Yastrzemski.