The best defensive plays of the decade 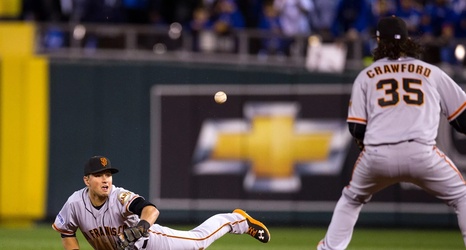 This last decade saw the Golden Age of Giants baseball and it might not have been possible without defensive brilliance. A few dropped balls and booted grounders, and some of the best moments in Giants history might never have happened. Even in the losing years, the Giants had plenty of Web Gems™ to keep the team watchable. Below are the greatest defensive plays from the last decade in no particular order.

By the time he joined the Giants, Pagán’s best defensive days were behind him. At least according to advanced metrics. Still, Pagán was plenty capable of producing jaw-dropping catches from time to time including this time when he turned a double into a double play.