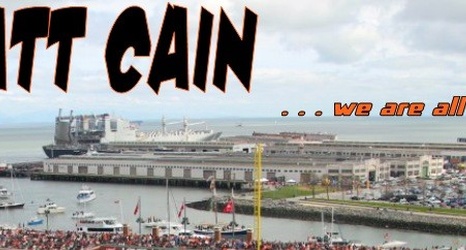 Diamondbacks third baseman Sergio Alcántara made a poor throw in the 9th--failing to get an inning-ending forceout--and J.D. Davis followed that miscue with an RBI double for the go-ahead run. Camilo Doval put a man on with two out in the bottom of the inning but got a groundout to end the game and the Giants had their fifth straight win. It was a homer-happy game at first with Austin Wynns and Brandon Crawford muscling up a 2-0 lead with solo shots. Stone Garret took Carlos Rodón deep to tie the game but David Villar responded with his own two-run homer to bump it back to 4-2 Giants.