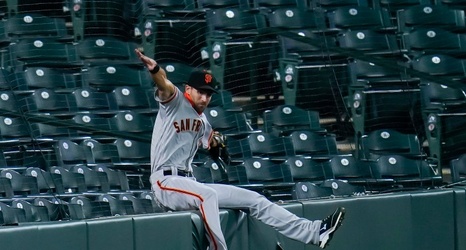 SAN FRANCISCO — For the third time this season, left-handed reliever Andrew Suárez has been promoted to the Giants’ major league roster.

Suárez has yet to appear in a game for the Giants this year, but the team recalled him from its Sacramento alternate site Wednesday after Gabe Kapler used five relievers in an 8-2 win over the Angels on Tuesday.

To clear space on the 28-man roster for Suárez, the Giants optioned outfielder Steven Duggar to the alternate site.

After their bullpen was stressed in a three-game sweep against the A’s over the weekend, the Giants made a mildly surprising decision to promote Duggar from Sacramento instead of bringing another pitcher into the mix when right-hander Dereck Rodríguez was optioned.