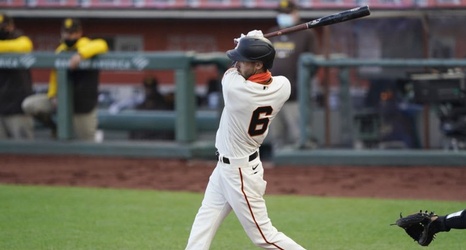 The SF Giants have recalled outfielder Steven Duggar to jumpstart a depleted offense.

The SF Giants are in desperate need of some type of jumpstart. A disastrous Bay Bridge Series against the Oakland Athletics left the team reeling having lost six of their last seven games.

And perhaps in an effort to jumpstart both their struggling offense and defense, the Giants opted to recall outfielder Steven Duggar on Monday. In a corresponding move, the team option right-handed pitcher Dereck Rodriguez to their alternate site.