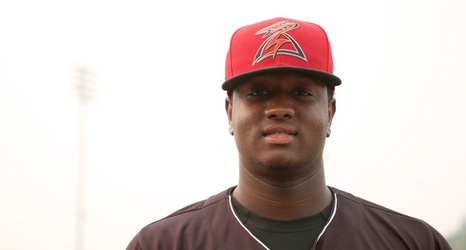 Former Salem-Keizer Volcanoes pitcher Gregory Santos is one of the most exciting prospects in the SF Giants farm system.

The SF Giants will be without one of their most consistent hitters for at least the next ten days after placing second baseman Donovan Solano on the injured list. However, fans have reason to be excited after the organization announced that right-handed pitching prospect Gregory Santos will join the big-league bullpen to fill Solano’s roster spot. Santos was ranked the 25th best prospect in the organization heading into the season and will be making his MLB debut at just 21.