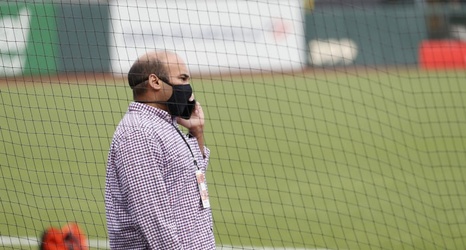 SAN FRANCISCO, CALIFORNIA - AUGUST 26: San Francisco Giants President of Baseball Operations, Farhan Zaidi, talks on the phone before the postponement of the game against the Los Angeles Dodgers at Oracle Park on August 26, 2020 in San Francisco, California. Several sporting leagues across the nation today are postponing their schedules as players protest the shooting of Jacob Blake by Kenosha, Wisconsin police. (Photo by Lachlan Cunningham/Getty Images)

With a maximum of four games remaining in the 2020 baseball season, the baseball offseason is inching closer and some key dates will be coming up quickly for the SF Giants.