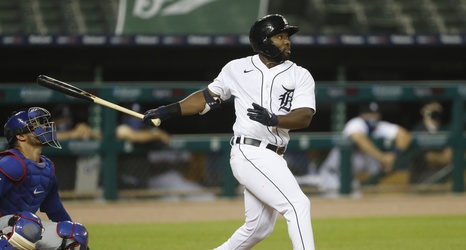 Tigers left fielder Christin Stewart high-fives third base coach Ramon Santiago after scoring a two-run home run against the Royals during the third inning at Comerica Park on Tuesday, July 28, 2020.

The Detroit Tigers designated outfielder Christin Stewart for assignment on Thursday to clear a spot on the 40-man roster for former SF Giants pitcher Derek Holland. Stewart was drafted by Detroit with the 34th overall pick in the 2015 MLB Draft and had consistently ranked among the best prospects in the organization.