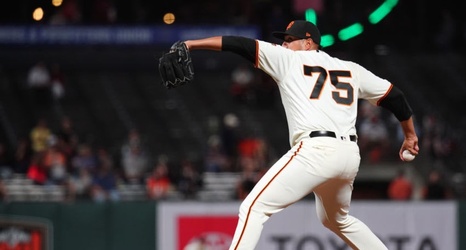 SAN FRANCISCO, CALIFORNIA - SEPTEMBER 24: Enderson Franco #75 of the San Francisco Giants bats during the game against the Colorado Rockies at Oracle Park on September 24, 2019 in San Francisco, California. (Photo by Daniel Shirey/Getty Images)

While the SF Giants added a few intriguing prospects to the 40-man roster on Friday, one hurler found a new home.

Enderson Franco pitched briefly with the SF Giants down the stretch in 2019, but he will pitch for a different Giants organization in 2021: