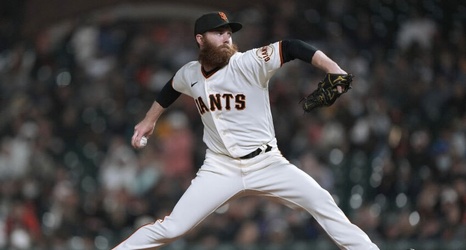 SAN FRANCISCO, CALIFORNIA - AUGUST 30: John Brebbia #59 of the San Francisco Giants pitches against the Milwaukee Brewers in the top of the ninth inning at Oracle Park on August 30, 2021 in San Francisco, California. (Photo by Thearon W. Henderson/Getty Images)

As the calendar turns from August to September, teams are allowed to expand their rosters by two players. The SF Giants brought back a couple of familiar names in reliever John Brebbia and versatile infielder Thairo Estrada. On top of this, Mauricio Dubón was recalled to take over for Wilmer Flores, who was placed on the injured list.