SF Giants: Dereck Rodriguez claimed by Tigers after being DFA’d 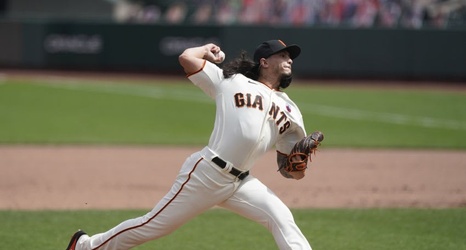 The SF Giants designated Dereck Rodriguez for assignment and he’s been claimed.

Dereck Rodriguez‘s time with the SF Giants has come to an end not with a bang, but with a whimper as the former breakout star has been claimed off waivers by the Detroit Tigers after being designated for assignment.

The Giants removed Rodriguez from the 40-man roster last week after the 28-year-old struggled in two different stints with the big-league club this season.

Now, Rodriguez will have the opportunity to play for the team that his father, the legendary Ivan Rodriguez, called home for a good portion of his career in the mid-2000s.