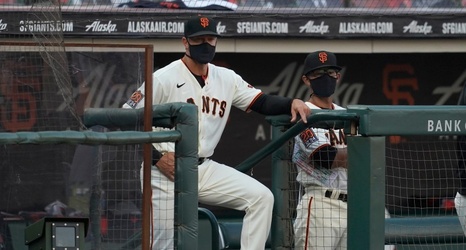 The San Francisco Giants didn’t shake up their roster at the trade deadline, but the club will look a little different as it opens a two-game series in Denver against the Rockies.

After placing outfielder Joey Rickard on the 60-day injured list with left elbow inflammation Monday, the Giants added Daniel Robertson to the 28-man roster on Tuesday.

San Francisco acquired Robertson last week in a trade with the Rays, sending cash to Tampa Bay and cutting beloved outfielder Hunter Pence to clear a 40-man roster spot for Robertson, who had been designated for assignment by the Rays.