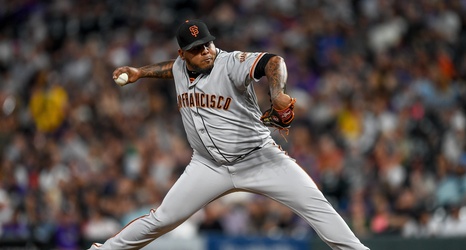 The SF Giants will avoid arbitration with Reyes Moronta after agreeing to a one-year deal.

According to a report by FanSided’s Robert Murray, the SF Giants and reliever Reyes Moronta have agreed to a one-year, $695,000 contract to avoid arbitration. Had the Giants and Moronta not come to an agreement before the end of the day, the two sides would have been set for an arbitration hearing.